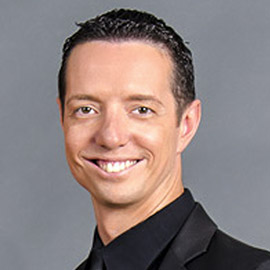 In 1997, Ilya immigrated to the United States and for the next eight years competed across the country in the Amateur Latin and Standard divisions, placing as a US National 10-Dance finalist four years in a row.

Ilya and Amanda Reyzin began competing professionally in June 2007 and have competed in over 150 competitions. They have received top placements in the American Rhythm, American Smooth, and Showdance Divisions. Their esteemed accomplishments include:

Ilya and Amanda are sponsored by Dore Designs, Anabell’s DanceWear and Dancelife USA. They are also the organizers of the American Star Ball Championships in Atlantic City, New Jersey.

Ilya and Amanda are members of the North American Dancesport Teachers Association and are certified adjudicators.